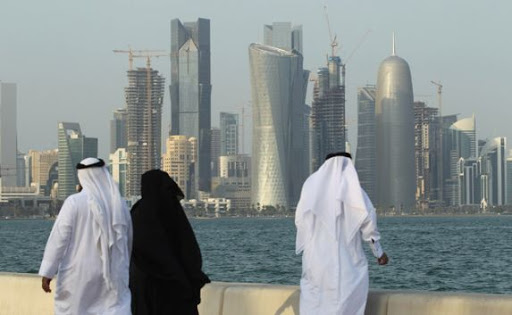 Qatar's residential units stock for the first three months of the year stood at 304,715, with the addition of 1,700 apartments and villas during the period, according to UAE-based consulting firm ValuStrat.
Some 6,300 units are currently in the pipeline for the remaining quarters of 2021, it stated.
The median transacted ticket size for residential houses was QR2.7mn, increased by 3.4% quarterly and 6.8% annually, added the report.
According to ValuStrat, the apartment supply consisted of 1,650 units coming from project handovers in Lusail (Fox Hills and Marina District), The Pearl, Al Dafna, Mirqab Al Jadeed and Fereej Abdul Aziz.
Contracts of residential buildings awarded during the first quarter in Lusail Waterfront, Marina and Fox Hills, were estimated to add 450 units by the end of 2022.
Transactional volumes for houses declined 3.3% quarterly, but were 52.8% higher when compared to the same period last year, said the report.
Amongst all areas, Umm Garn had the highest volume of transactions for residential houses and Fereej Al Amir had the highest ticket size.
Some 68 transactions were recorded for residential buildings, as Old Airport and Umm Ghuwailina had the highest number of transactions.
During the first two months of 2021, the volume and value of annual transactions in The Pearl and West Bay Lagoon fell 6.8% and 11.7% respectively.
The median monthly asking rent for residential units dropped 1.8% QoQ and 5.7% YoY, ValuStrat said.
Villa rents continue to reduce at a slower pace compared to apartment rents, which have experienced rapid drops over the last year.
The median monthly asking rent for apartments was QR6,290, declining 1.9% quarterly and 6% annually.
Three-bedroom apartments experienced the highest quarterly falls in rent of up to 5.3%.
West Bay, Fereej Bin Mahmoud and Al Mansoura experienced the highest quarterly drops in rents varying 3.5% to 5%, said the report.
The median monthly asking rent for villas was QR10,460, which fell by 1.2% QoQ and 3.9% YoY, it added.
According to ValuStrat, the villa and freehold apartment prices saw quarterly price drops of 1.3% and 2.4%, respectively. Amongst freehold apartments, The Pearl witnessed the sharpest decline in values.
Amongst villas, the highest quarterly depreciation of 5.6% in capital values was experienced in Al Wakrah cluster. Five locations (Umm Salal Ali, Old Airport, The Pearl, West Bay Lagoon and Ain Khaled) saw a marginal QoQ change of less than a percent in capital values, it added.-TradeArabia News Service
Share