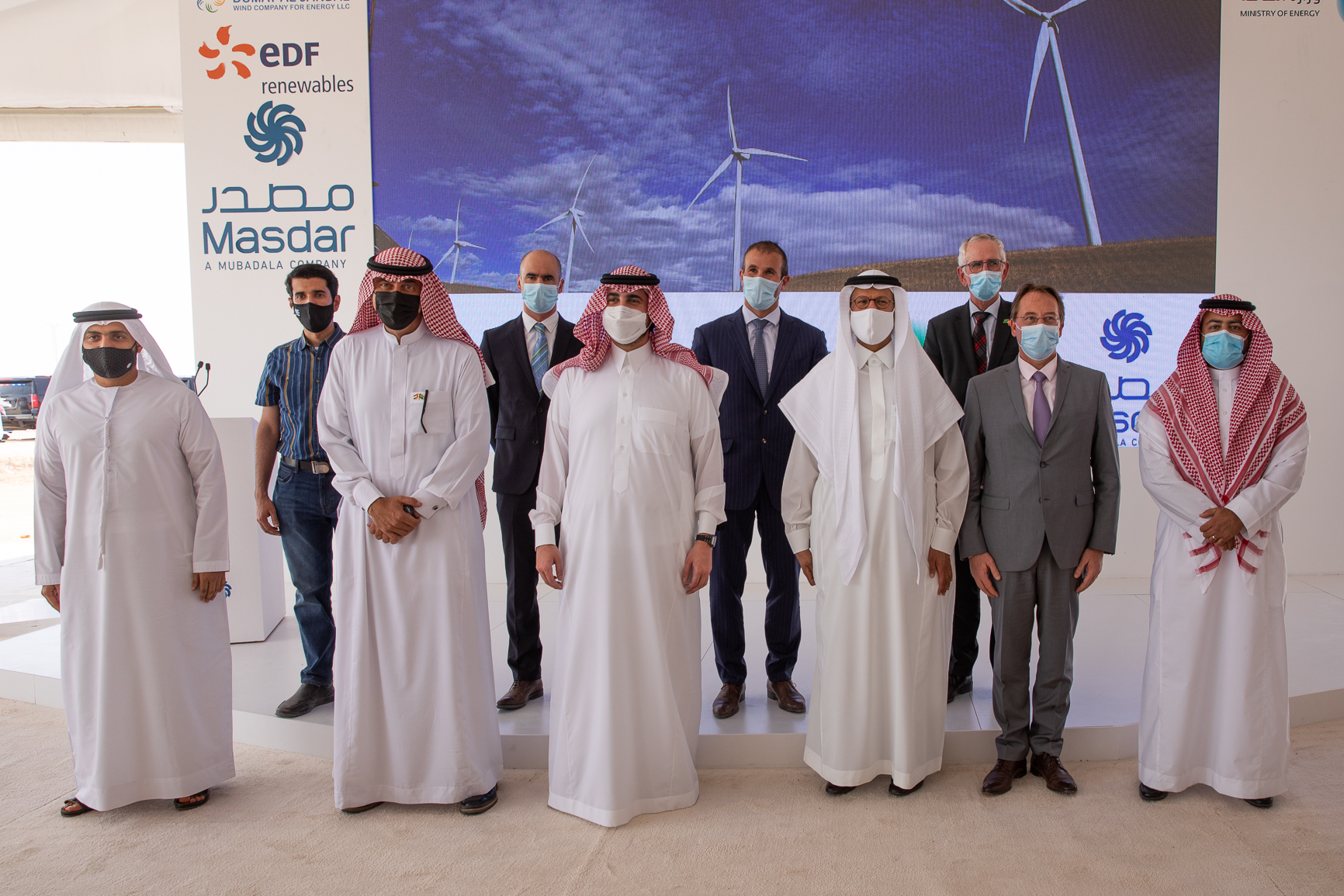 The Ministry of Energy of Saudi Arabia commemorated the mid-way mark of the construction of the Dumat Al Jandal wind farm, the kingdom’s first utility-scale wind farm of more than 400MW capacity and the largest in the Middle East.
Vestas, the energy industry’s global partner on sustainable energy solutions, is playing a vital role in the project, having installed half of the 99 V150-4.2MW wind turbines for the project.
Located in the Al Jouf province, 900km north of Riyadh, the Dumat Al Jandal wind farm project was awarded to the consortium by the Renewable Energy Project Development Office (Repdo) of the Saudi Ministry of Energy, Industry and Mineral Resources (MEIM) in 2019.
As per the deal, the Dumat Al Jandal wind farm will supply electricity under a 20-year purchase agreement (PPA) with the Saudi Power Procurement Company (SPPC), a subsidiary of the Saudi Electricity Company (SEC), the Saudi power generation and distribution company.
Developed by a consortium led by renewable energy leaders in the region: EDF Renewables and Masdar, the EPC order was awarded to Vestas in 2019.
The scope of work included the supply and installation of 99 V150-4.2MW wind turbines, as well as a 20-year Active Output Management 4000 service agreement for the operation and maintenance of the wind farm.
Vestas was one of the first companies to introduce wind power in the country in 2013. Since then, Vestas has held several training programs and met-mast campaigns in the Kingdom, and is now contributing to Saudi Arabia’s 16GW by 2030 through the Dumat Al Jandal wind farm.
Once completed and commercially operational in 2022, the wind farm will potentially supply clean electricity to 70,000 Saudi households and will displace 988,000 tonnes of carbon emissions every year, in support of the kingdom’s climate change.
Minister of Energy Abdulaziz Bin Salman along with Prince Faisal bin Nawaf, Governor of Al Jouf Province, Ole E. Moesby, Ambassador of Denmark to Saudi Arabia, Ludovic Pouille, Ambassador of France to Saudi Arabia, Bruno Bensasson, Group Senior Executive VP Renewable Energies, and CEO of EDF Renewables and Fawaz Al Muharrami, Acting Executive Director, Clean Energy, Masdar, visited the Dumat Al Jandal construction site to commemorate the installation of the wind turbines by Vestas.
Vestas Mena General Manager Muhamed Bou-Zeid said: "Our ambition as a sustainable energy solutions provider with a technology leadership in wind power is to co-create a renewable energy hub in Saudi Arabia and for the wider Middle East together with other sustainability leaders in the region."
"We believe that the Dumat Al Jandal wind farm is the first step to diversifying not only the energy sector but also the Renewable Energy sector by adding wind power into the energy mix and ultimately creating three times more work opportunities for the local talent. As we strive to complete this project with Quality and Safety as priority, we look forward to accelerating Saudi Arabia’s clean energy transition and sustainability leadership journey," he added.
Share