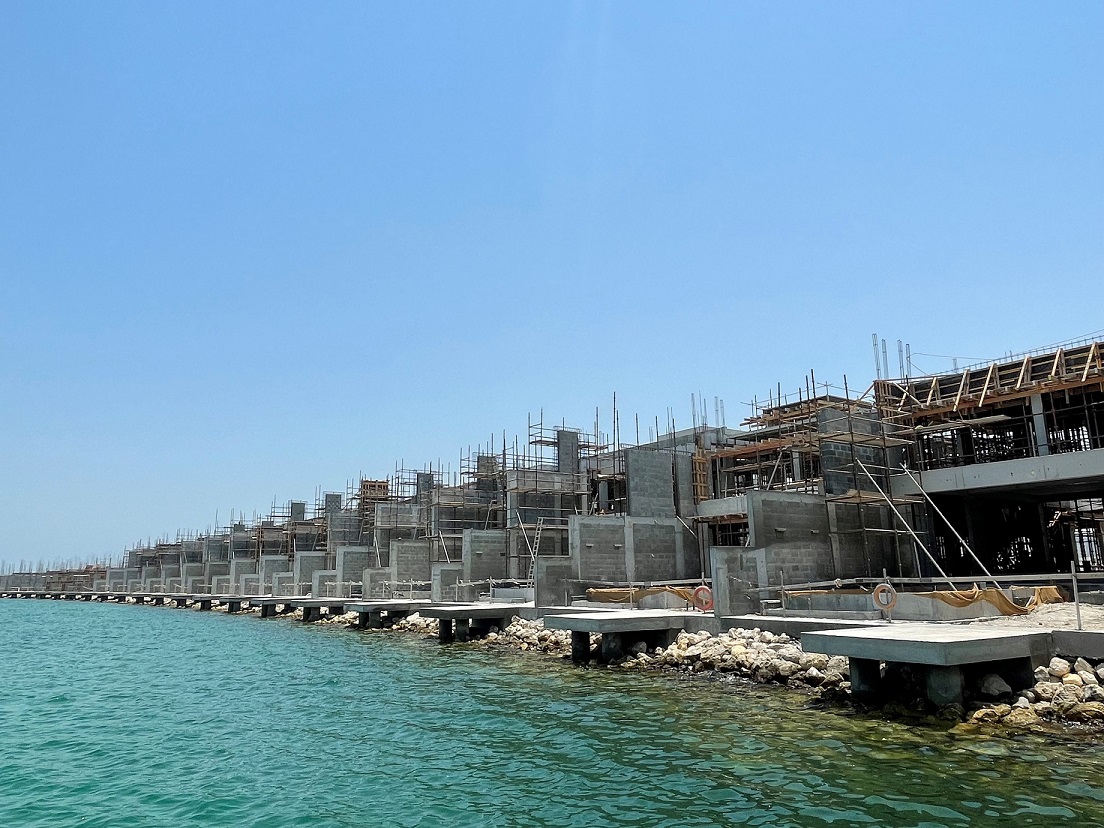 Diyar Al Muharraq, a major developer in Bahrain, has announced that 30 per cent of the work has been completed in the first phase of its 328,000-sq-m Al Naseem project.
Located in the heart of Diyar Al Muharraq, on the North end of the Southern Island, the project spans an area of 328,000 sq m, boasting sea views and an outer and inland water canal spanning 5km.
The Phase One, comprising 73 villas, marine and infrastructure, is set to be completed in the second quarter of 2022.
Works on the first phase of the project include the construction of villas bordering the main canal, for which the foundations of swimming pools have been laid.
Progress on secondary infrastructure is well underway, standing at 51% completion, consisting of roadworks, street lighting, the sewage and storm water systems, sewage treatment, irrigation network, telecommunication networks and electrical distribution cables and substations.
To date, marine works on this phase are 55% complete, including excavation of canals, laying of foundations, block placing, the building of sundecks, retailing walls, lock gates and pumping stations.
On the project's progress, CEO Engineer Ahmed Ali Alammadi said: "We are pleased with the current pace of work on the Al Naseem project, as we are progressing well and according to schedule. We look forward to the completion of work across all stages of the project, upholding the highest quality and standard, with unwavering attention to details on all construction."
"This comes in line with Diyar Al Muharraq’s ongoing commitment to leading the real estate industry in the region by example, ultimately reflecting positively on the sector in Bahrain," he added.
Al Naseem comprises two key zones, a gated and non-gated community.  Considered one of the first gated communities in Diyar Al Muharraq, Al Naseem includes more than 300 villas overlooking the water canal, in addition to more than 1000 gated and non-gated apartments across several uniquely designed buildings, with state-of-the-art amenities.
The community is complemented by an integrated pedestrian-friendly promenade and a 100-berth marina, in addition to a neighbouring waterfront shopping destination, boasting over 10,000 sqm of retail and recreational facilities.-TradeArabia News Service
Share